I was given a sample of EFS Combust Power Boost to try in my 1967 mini race car.

I was told that a small amount of product would have a significant effect on the combustion process in the engine.  The company rep stated the fuel would burn more evenly, more completely, and at a lower temperature.  The result would be a couple more horsepower, fatter torque curve and cleaner engine.  I put it in the car and the car seemed to run quite well.   I didn’t perform any dyno testing or compare lap times so I can’t speak to additional horsepower, but I can say the engine felt quite lively.  What I can say with certainty is what I observed when I disassembled the 1275 cc motor. The valves and valve seats were spotless, absolutely no carbon deposits on them.  The combustion chambers had very little carbon in them.  The exhaust ports had almost no carbon build up on them. If you are familiar with the camshaft design on the older minis, they run a fair amount of overlap which causes exhaust gas to get drawn back towards the combustion chamber, and it usually deposits carbon where the head meets the exhaust header.  With EFS Combust mixed with the fuel, the engine was mostly free of carbon deposits!

The engine has been freshly rebuilt in time for The Mitty race at Road Atlanta April 23 – 26.  After doing some performance testing, the cylinder head was removed to recheck valves and valve seats.  And, as before, it was all in much better condition from using the EFS Combust.  And the car is certainly performing better than ever.

I just wanted to drop you a note letting you know how my 525i BMW is doing. Before the product I was averaging about 20miles per gallon on the highway with 93. After taking the car on a trip of 1200 miles. The car is running great on 87 and EFS Combust and I am getting 22.4 miles per gallon at 75 miles per hour. My savings at the pump was huge.  Barry 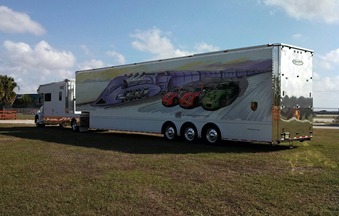 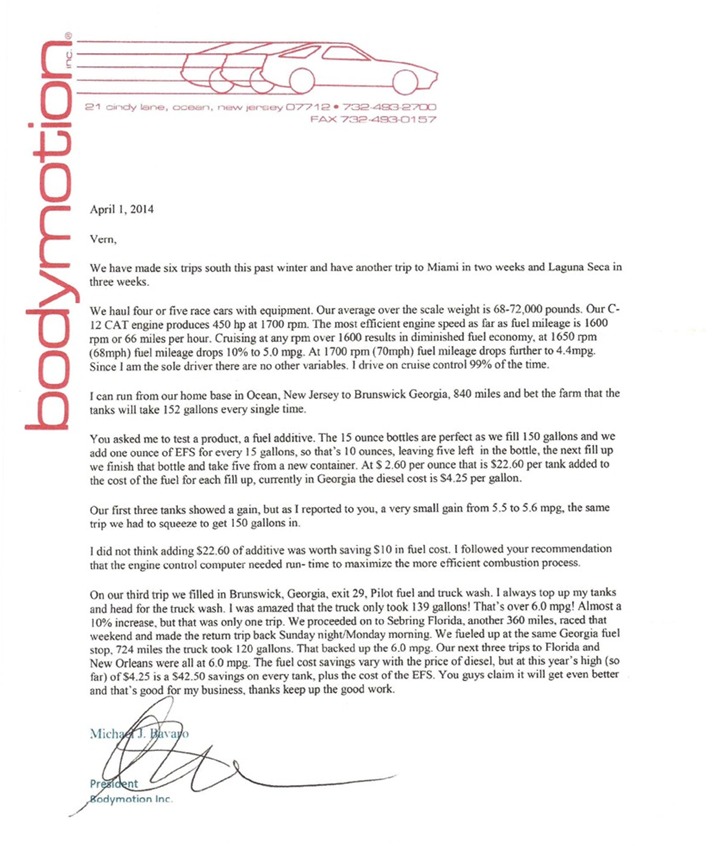